Want 20% off your first purchase?

Teaching characters to students in upper elementary grades starts to get more complex than the character traits taught in primary grades.  We not only think about using adjectives to describe the characters, but we dig deeper into analyzing the characters, making connections to them, feeling empathy for them, making inferences about them, and seeing how characters can change over time.

Teaching character relies heavily on making inferences.  So much of what we know about characters in stories stems from our own prior knowledge…an author usually does not say that a character feels left out or that a character is naughty, but students know how that feels or looks and they use the evidence in the text to make inferences about the characters.

Moving beyond simply using adjectives to describe characters is no easy task and one that you will continue to develop throughout the year.  As students begin to understand characters as complex personalities, their comprehension and understanding will grow.

“The Invisible Boy” is a great book to use to demonstrate and teach character traits because of the character development and variety of characters in the story.

On sticky notes, have students write down words or phrases to describe the characters in the book. create an anchor chart and have students decide whether their description is a trait or an emotion.

Authors carefully develop characters throughout a story and reveal their character traits to the reader in different ways.  I love using the character of Brian from “The Invisible Boy” because of the character development and the way Trudy Ludwig uses the illustrations as characterization too.

The indirect characterization that the author uses through the illustrations gives clues about the type of character Brian is and how he feels throughout the story. It’s truly an amazing book to use with the way that Brian develops along with the color in the illustrations.

You will soon see your students' understanding and connections to characters grow beyond just describing them.  Your discussions and reflections about character will help your students with other skills throughout the year.

How to Teach Students to Make Meaningful Predictions

Making a Movie in Your Mind: Strengthening Comprehension with Visualizing

Reading Workshop: How to Keep Your Mini-Lesson Focused

You may also enjoy: 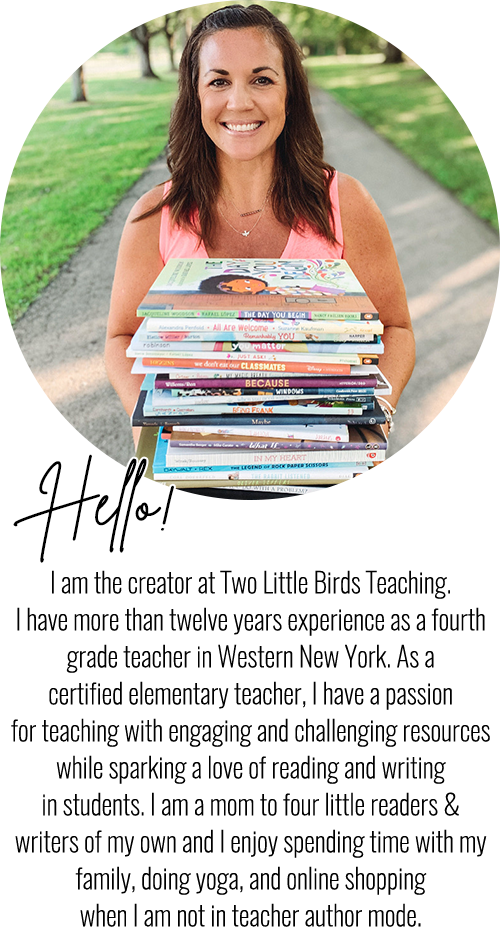